Mahi-Mahi | Have Fun Catching One Today

Fishing for Mahi-Mahi in the Oahu Waters

Given their average size of around 20 pounds, fishing for mahi-mahi in Oahu’s coastal waters is a challenge but not a struggle. They’re known for striking bait quickly and among the least complicated to catch. Medium weight tackle will do the job, and if you have sardines or mackerel on your hook, you can expect good results.

The prime season for mahi-mahi fishing around Oahu is March through September, but you can find them at any time of the year. Our skilled captains at Flyer Sportfishing know all the best spots and strategies for finding them. 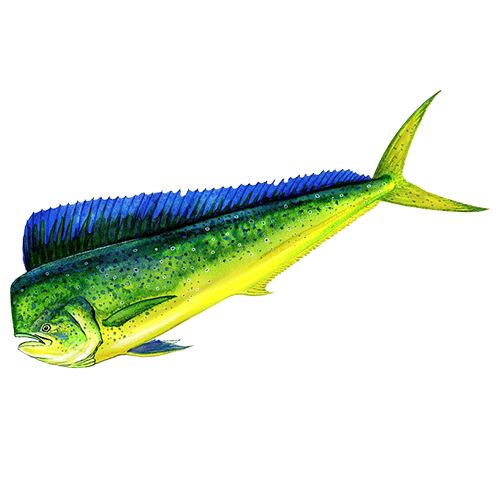 Mahi-mahi is popular on North Shore fishing charters for people of varying skill levels and interests. Their weight and the fight they give when being reeled in is a fun challenge but seldom overwhelming. You’ll have a colorful fish that photographs well and is enjoyable to eat later.

Also, because of their alternate name dolphin-fish (or dorado), some people have the mistaken impression that mahi-mahi is the friendly sea mammals we know and love from TV and film. In fact, the two are completely separate and mahi-mahi, despite their name, are an abundant game fish popular to catch in the Hawaiian waters. 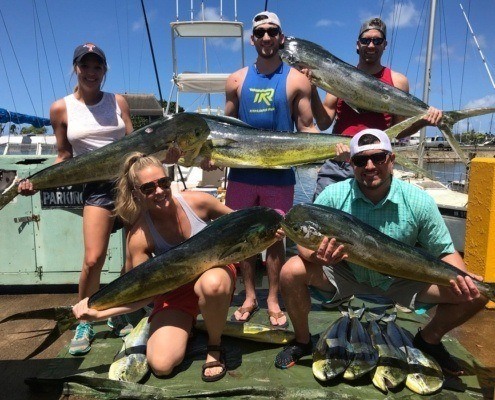 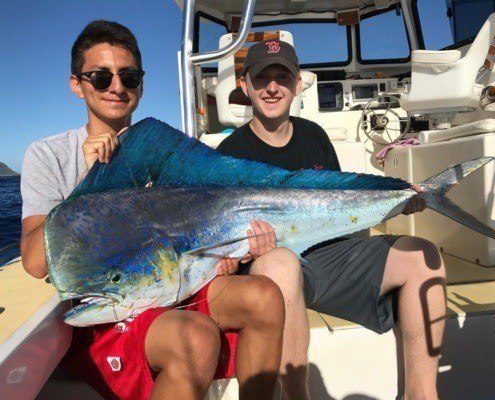 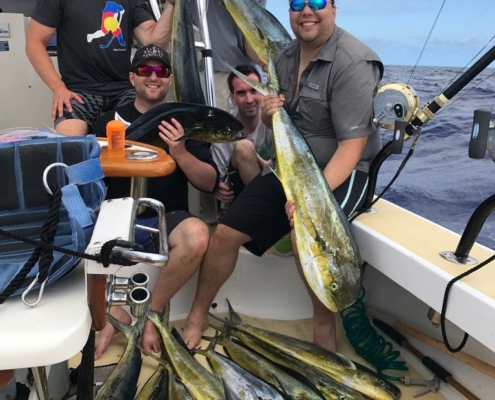 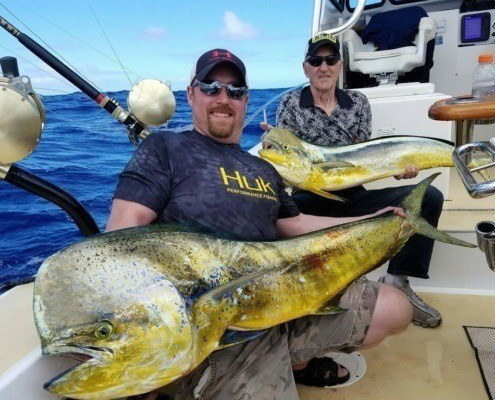 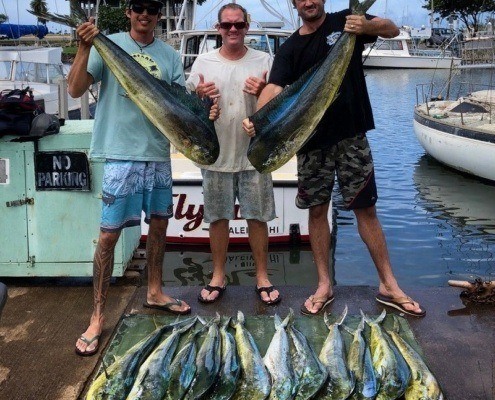 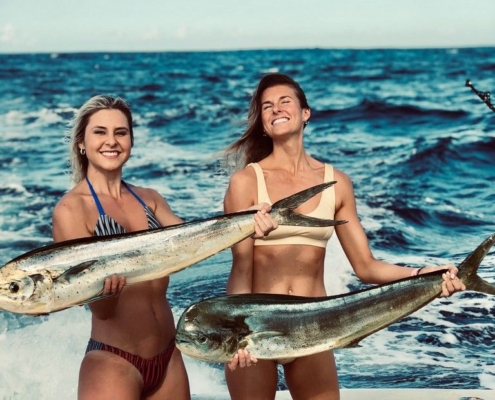 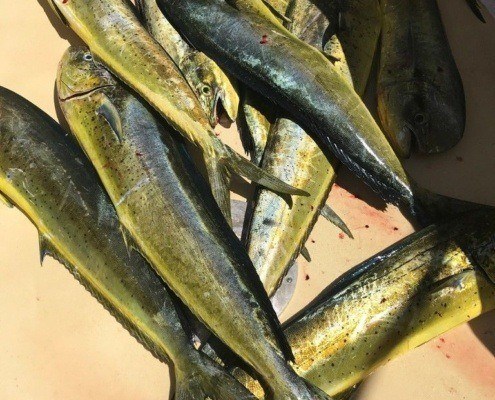 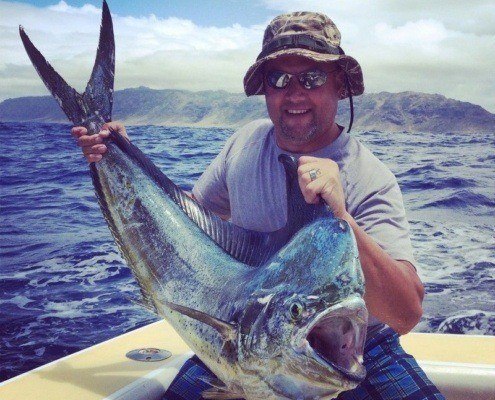