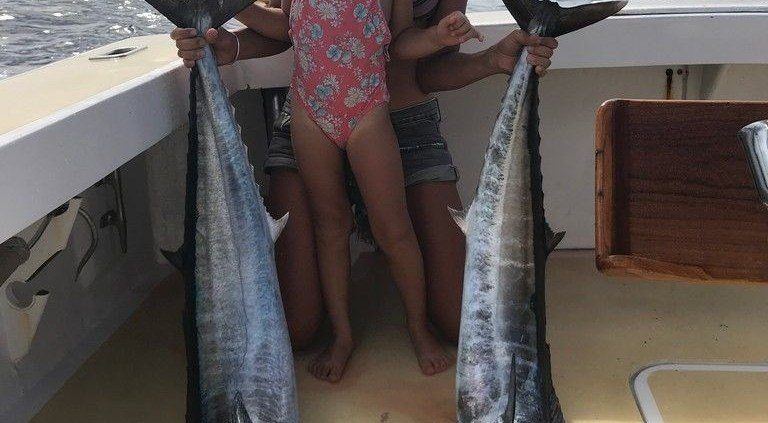 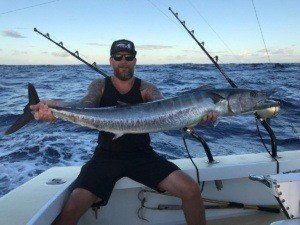 Wahoo or Ono as we call them here in Hawaii is one of the fastest pelagic fish in all of the oceans. We catch them year-round here mainly in close on our 40-fathom ledge that extends no more than 3 miles from the island. Our wahoo sportfishing charters catch them during our summer months out deeper in areas mixed in with the Ahi (yellowfin) tuna out in deeper water as well. They are one of my favorite fish to target on our half-day charters where I can spend more time inside live baiting them with mackerel that we call Opelu on light tackle knowing that we’re most likely not gonna get blasted by an 800-pound blue marlin. North Shore Ono is said to swim at speeds greater than 50 mph!

Wahoo has a torpedo-shaped body with a thick slime layer, blue / silver in color with tiger striping, super sharp teeth, and can really burn off some line. Our average size is 15 to 30 pounds, a 50 pound Oahu Ono caught during a wahoo charter, being a monster. We also find them on debris, like logs or discarded cargo netting along with the mahi-mahi as well. Their bite is out of nowhere with a super-fast blistering initial run. Their name, Ono means, the best in Hawaii. Referring to their firm white meat which is great for sashimi and grilling!